In telecommunications, a telephone exchange that houses equipment is commonly known as a switchboard, which connects phone calls. Making connections and relaying the speech information.

The term exchange can also be used to refer to an area served by a particular switch (this was known as a wire center under the Bell System). More narrowly, it can refer to the first three digits of the local number. In the three-digit sense of the word, other obsolete Bell System terms include office code and NNX. In the United States, the word exchange can also have the technical meaning of a local access and transport area under the Modification of Final Judgment (MFJ).

Most manual telephone exchanges in cities were common-battery, meaning that the central office provided power for the telephone circuits, as is the case today. A customer lifting their receiver would change their line status to off-hook, thereby lighting a light and sounding a buzzer on the operator’s switchboard. In common battery systems, the pair of wires from a subscriber’s telephone to the switch (or manual exchange) are open circuit when the telephone is on-hook or idle. There is -48VDC coming from the telephone company end across the conductors. When the subscriber goes off-hook, the telephone puts a DC resistance across the line. In manual service, this current flowing through the off-hook telephone would flow through a relay coil actuating a buzzer and lamp on the operator’s console. The buzzer and lamp would tell an operator the subscriber was off-hook, (requesting service). Connected to a switch, an off-hook condition would close a relay that connected a dial tone and a device to collect dialed digits.

In smaller towns, early telephones were often magneto, or crank, phones. (This is in contrast to types referred to as common battery). Using a magneto set, the subscriber turned a crank to generate ringing battery, which rang a bell, attracting the attention of an operator. Dry cell batteries at the subscriber’s home provided the talk battery to allow conversation. Magneto systems were in use in some small towns in the U.S. as late as the 1980s.

In large cities with hundreds of central offices such as New York City, it took many years to convert the whole city to dial service. To help automate service to manual offices during the transition to dial service, a special type of switchboard, which would display the number dialed by the customer, was used. For instance, if a customer in the MUrray Hill exchange picked up the phone and dialed a number in the CIty Island exchange, the customer would never need to know the destination number was in a manual exchange. Dialing that number would connect to the CIty Island exchange inward operator, who would see the number displayed on the switchboard, and plug into the line.

Automatic exchanges, or dial service, came into existence in the early 1900s. Their purpose was to eliminate the need for human telephone operators. Before the exchanges became automated, operators had to complete the connections required for a telephone call. Almost everywhere, operators have been replaced by computerized exchanges. A telephone switch is the brains of an automatic exchange. It is a device for routing calls from one telephone to another, generally as part of the public switched telephone network.

The local exchange automatically senses an off hook (tip) telephone condition, provides dial tone to that phone, receives the pulses or DTMF tones generated by the phone, and then completes a connection to the called phone within the same exchange or to another distant exchange.

The exchange then maintains the connection until a party hangs up, and the connection is disconnected. This tracking of a connection’s status is called supervision. Additional features, such as billing equipment, may also be incorporated into the exchange.

Digital switches work by connecting two or more digital virtual circuits together, according to a dialed telephone number. Calls are setup between switches using the Signalling System 7 protocol, or one of its variants. In U.S. and military telecommunication, a digital switch is a switch that performs time-division multiplexing switching of digitized signals.

Telephone switches are a small part of a large network. The majority of work and expense of the phone system is the wiring outside the central office, or the Outside Plant. In early incarnations, each subscriber telephone number required an individual pair of wires from the switch to the subscriber’s phone. A typical central office may have tens-of-thousands of pairs of wires that appear on terminal blocks called the main distributing frame or MDF. A component of the MDF is protection: fuses or other devices that protect the switch from lightning, shorts with electric power lines, or other foreign voltages. In a typical telephone company, a large database tracks information about each subscriber pair. 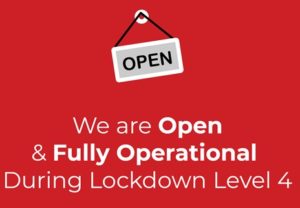 Business & Home Phone Systems – Work from wherever you are in SA. One stop shop